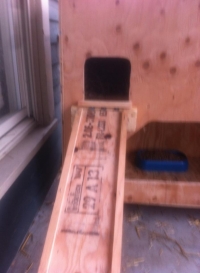 The Healthy and Humane Observer would like to thank Mark LoPresto and Jesse Armaline for the time and dedication they have recently been giving to our very large stray and feral cat population in North East Ohio.  Both having busy schedules, they still have found time to make a truly concerted effort to not only protect, feed and house these cats, but will be making efforts to practice TNR thus aiding in reducing the overwhelming homeless population of cats so many areas are now experiencing. Many cities are now, sadly, terming these animals, many former "pets" abandoned by their "owners" as " nuisance animals".  This is a true shame as it is we who domesticated the cat and dog, for various reasons, and now seem to have become their greatest enemy.

That is why it is so heartening to see people go "above and beyond" in their efforts to practice compassion.  BRAVO and thank you, Mark and Jesse!

Jesse Armaline and Mark LoPresto are both NE Ohio residents, vegans and both very dedicated to defending the rights of animals.