Zombie Chickens and Silent Lambs: Is Reducing Suffering Really What Animal Rights Is All About? 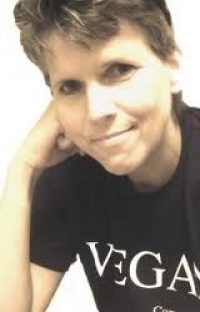 One of our animal's stongest voices, Lee Hall

Please read Capers in the Churchyard and On Their Own Terms.

No one has ever had the right to a painless life. Nor are those who can’t feel pain to be envied.

Paul Waters and Steven Pete were born with a life-threatening inability to feel pain.  TheFactsofPainlessPeople.com describes their experiences: as babies, they chewed their tongues to pulps. As children, they would hit their heads, crash through glass, burn and cut themselves, and unwittingly injure other children. Children with this condition need constant protection to survive; some die from their injuries or resultant infections. The experiences of painless people (and the generosity of Waters and Pete in sharing their stories) help us understand our need for pain sensitivity.

With this in mind, we can examine the popular “reduce the suffering” model of animal activism. In farm campaigns, certain types of pain are noted and challenged. But suffering is complex, and campaigns to score humane “victories” miss so much. When the presumably happier crate-free veal calves are wrenched from the dairy cows who gave birth to them and kept in groups of calves, the bewildered young animals frequently mount or suck each other, or fight. Site managers use restraints on the “bully calves.” As for the egg factories, where hens have more space, there’s pecking and manure-borne disease. And for calcium-depleted laying hens, normal movements can break bones. Commercial hens just can’t win. And then we slaughter them.

Or we can opt out of the whole system. Lucky for us, in 1944, Donald Watson and a small group of like-minded people founded The Vegan Society. In a 2002 interview with the chair of the Society, Watson, then aged 92, said: “One of my earliest recollections in life was being taken for holidays to the little farm where my father had been born.” With the joy of being “surrounded by interesting animals” at this family farm, Watson’s “first impression of those holidays was one of heaven.”

One morning, a pig was killed. “And I still have vivid recollections of the whole process from start to finish,” Donald told the interviewer, “including all the screams of course, which were only feet away from where this pig’s companion still lived…And it followed that this idyllic scene was nothing more than Death Row. A Death Row where every creature’s days were numbered by the point at which it was no longer of service to human beings.”

That morning, Donald Watson saw the injustice in keeping other animals for our own ends—even if their situation, up until their last moments, is largely pain-free.

The Vegan Society therefore defined “veganism” as “not so much welfare as liberation, for the creatures and for the mind and heart of man; not so much an effort to make the present relationship bearable, as an uncompromising recognition that because it is in the main one of master and slave, it has to be abolished before something better and finer can be built.”

But by the late 1970s, Peter Singer, author of Animal Liberation, was convincing activists to pursue husbandry adjustments for commercial hens. The model continues to this day, keeping activists both busy and frustrated with the politically impossible work of making the treatment, transportation and slaughter of “livestock” bearable, while agribusiness expands and becomes more intensive as the human population rises. In 2006, Singer told an interviewer at The Vegan Society that “we need to cut down drastically on the animal products we consume.”

"But does that mean a vegan world? That’s one solution, but not necessarily the only one. If it is the infliction of suffering that we are concerned about, rather than killing, then I can imagine a world in which people mostly eat plant foods, but occasionally treat themselves to the luxury of free-range eggs, or possibly even meat from animals who live good lives under conditions natural for their species, and then are humanely killed on the farm."

By calling the situation of purpose-bred animals “natural” and associating “luxury” with animal products, Singer undermines a radical movement. Singer’s concern is with “the infliction of suffering” and not with the profound unfairness of systematic oppression.

In a 2006 interview for Salon.com, when Oliver Broudy asked for an opinion on bio-engineering chickens without brains, Singer answered, “It would be an ethical improvement on the present system, because it would eliminate the suffering that these birds are feeling. That’s the huge plus to me.”

How, with a straight face, can any of our advocates talk of zombie chickens as “an ethical improvement”? Singer also condones the killing of animals when they’re no longer of service—the very thing that appalled Donald Watson during that childhood visit to the family farm. As for hens past their laying prime, Singer told Salon:  “Those hens have been producing eggs for you for a year or 18 months. You have a responsibility to make sure they are killed humanely.”

In contrast, positive, joyous and genuinely liberation-based animal advocacy is straight-out vegan; then, we use our precious time defending animals’ interests in living untamed, on their terms. A leading reason for the planet’s lack of untamed space is the sheer vastness of our animal farming operations. And yet Singer also suggests that an eth­­ical person would accept animal breeding, including for farming. Singer, with Jim Mason in The Way We Eat, wrote:

"Raising lambs in the Welsh hills, for example, is a traditional form of husbandry that has existed for many centuries and makes use of land that could not otherwise provide food for humans. If the lives of the sheep are, on the whole, good ones, and they would not exist at all if the lambs were not killed and eaten, it can be argued that doing so has benefits, on the whole, for both human and animals."

Farmer Harold Brown has said: “When someone portrays animal farming on any scale as a harmonious balance of natural forces, they are either delusional or lying.” And animals aren’t benefited when we purpose-breed them. In doing so, we take away from their communities all that made them free.

Isn’t it time we stopped talking about all the suffering and take a page from the vegans’ book?

Lee Hall is an environmental LL.M. student at Vermont Law School, a 30-year vegan, our friend, and one of the Cleveland animal-rights community’s biggest fans. The definition of veganism excerpted here comes from a column in the Spring 1951 magazine of the International Vegetarian Union, submitted by Leslie Cross on behalf of The Vegan Society; the full 2002 interview with Donald Watson is available at Lee Hall’s blog: http://veganplace.wordpress.com/